In Nicaragua, “We all Have Rights”: Rosario Murillo Announces New Campaign 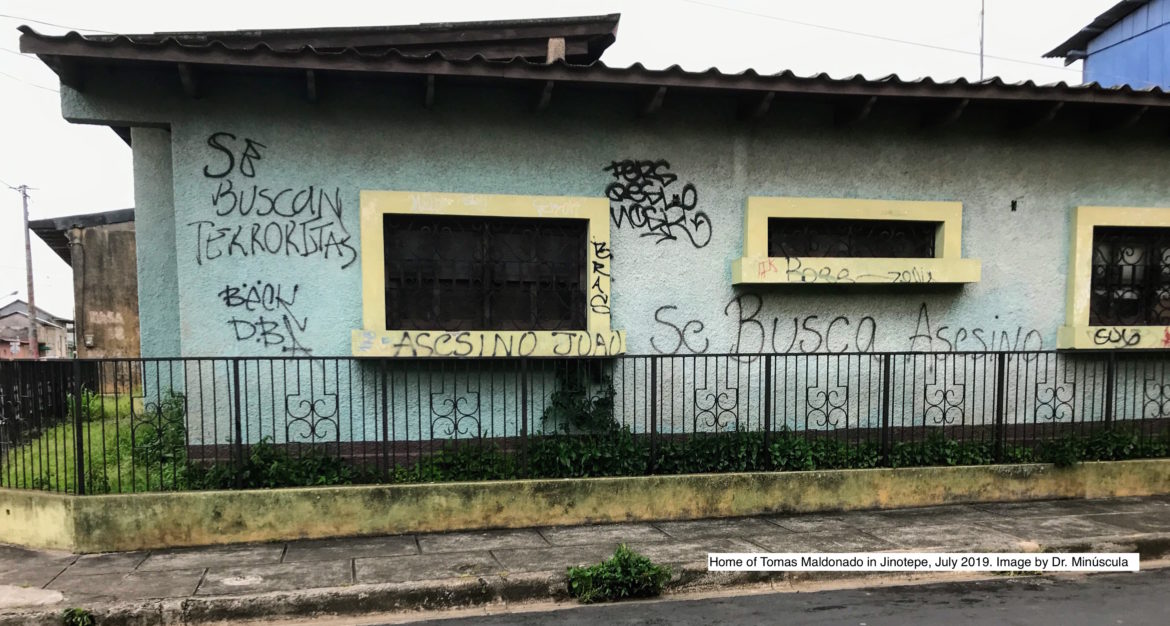 On October 23, Rosario Murillo announced a new campaign titled “Tod@s tenemos derechos” — we all have rights. The sandinista vice president described the campaign as an effort to return to the “routes of Peace and Wellbeing” that were interrupted due to the opposition’s efforts to “bring about catastrophe”

Murillo then added that the campaign would “ratify the Truths in the hearts of Nicaraguans. We all have rights! We all have the Aspiration, the Dream to Live in Peace, working and prospering […] We have the Right to know, each day, about the love that fills our hearts and to extend that Loving Embrace to all of Nicaragua.”

The campaign was officially launched on October 30, at the UNAN-Managua, with Murillo in attendance. She then emphasized that her government would follow a model with “Rights for All”.

“We are making the respect and recognition of Rights a reality in this fatherland for all,” she said, referring specifically to “Human, Economic, Cultural, Social, Political, and Environmental rights.”

Murillo’s campaign whitewashes the reality experienced by many Nicaraguans. The country is a police state, in which anyone who dares oppose the Sandinista government does so at their own peril. Here are some images that illustrate the actions taken against Nicaraguan citizens, after Murillo’s new campaign was announced.

On October 26, protests against Ortega and Murillo took place in Managua and Tipitapa. Protesters demanded the release of political prisoners, as well as Daniel Ortega’s resignation. They were surrounded by a heavy contingent of riot officers, as seen in this video by journalist Ismael López.

On October 30, the police assaulted a group of protesters staging a picket at the Metrocentro shopping mall in Managua. Among them was Zayda Hernández, a student leader, who is seen facing the officers and being pushed back.

On November 2, Day of the Dead, the family of Josue Mojica went to his graveside in Diriamba, only to find Mojica’s tombstone vandalized. Family members hold Sandinista sympathizers responsible for the destruction.

Josué Mojica was killed in 2018, during Operation Clean-up.

Police officers are routinely present at the homes of ex-carcerated political prisoners, such as Ashly López and Johana Espinoza, both residents of Diria. On November 1, police officers came and stood outside their home. One officer took pictures.

Political prisoners in Nicaragua were granted amnesty in June, under the Ortega-Murillo Amnesty Law. This law has been heavily criticized for granting a blanket pardon to Ortega-Murillo public officials at all levels, police officers, and para-police groups and individuals.

The law also includes a provision that forbids beneficiaries from “engaging in political crimes”, a term that is not clearly defined and can be interpreted as anything that the regime considered to be a political crime. This provision can be used to justify  the harassment of former political prisoners, under the guise of surveillance.

The Inter American Commission on Human Rights (IACHR) bemoaned the continuing and unchecked police aggression against Nicaraguan protesters and journalists. In a series of tweets, the IACHR reminded the State of Nicaragua of its legal obligations to respect freedom of assembly and freedom of the press. “The State must facilitate the development of peaceful protests and cease the attacks and harassment against the press […]. No one should be bothered or harassed for his or her expressions of political ideas.”

Rosario Murillo’s campaign is nothing but words that do nothing to dismantle the police state in Nicaragua, nor do they advance a national project that would actually rebuild the nation. In fact, Murillo herself does not seem to be committed to the goals of her campaign, as she continues to rely on divisive rhetoric that demonizes the opposition, as she did during noon address on November 4:

We won’t forget! We have the faces of the criminals, who do not have God’s forgiveness, engraved in our hears and minds. We all know that they don’t not have impunity. […] We will never forget! Forgiving is part of our Christian duty, but we will never forget! We will never forget those hatred-filled faces that participated in the lynching of a people that does not deserve a culture that isn’t ours. Of course, those who lynched represent another culture, another way of thinking. They are servile, ambitious, unchristian, not good. They are not good people.

The campaign is another propaganda effort. It’s an effort that puts considerable resources of the state into window dressing, instead of actual solutions to a crisis, now in its second year.