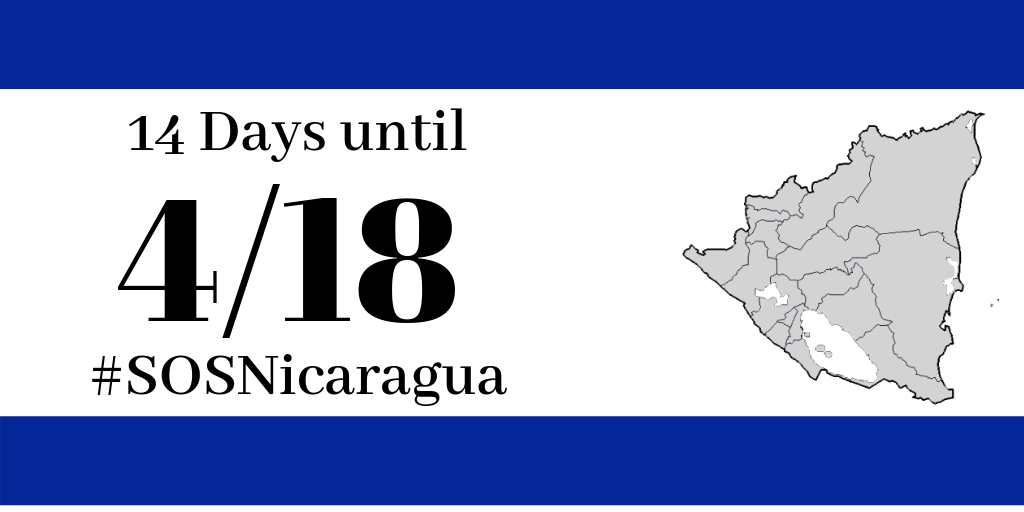 The Alianza Cívica and the OrMu negotiating teams failed to reach agreements on two of their agenda points, dealing with justice and democracy.

“We discussed both issues, and each side presented proposals, but there were noticeable differences and we could not reach a consensus,” said Carlos Tunnermann of the Alianza Cívica. “The negotiations are on hold,” he added.

Yesterday, the government presented its proposal in regards to justice and reparations. The document put entities like the police and the Ministry of Health in charge of implementing measures on these issues. Both government institutions were involved in acts of repression against the Nicaraguan people that “amount to crimes against humanity”, says the report by the Interdisciplinary Group of Independent Experts (GIEI) of the OAS.

According to the Alianza, the government needs to re-evaluate its position. Otherwise, the stalemate would kill this latest negotiation effort.

Nevertheless, Tunnermann was optimistic and explained that “the negotiations are still alive.”

In similar vein, Max Jerez, who represents the student movements, indicated that the Alianza is willing to return to the negotiations, “once we know that we are participating in a serious negotiating process that will guarantee an impartial and independent justice.”

The teams will meet with delegates from the International Committee of the Red Cross (ICRC) for a briefing on Thursday, to follow-up on the agreement about political prisoners.

On Friday, both parties agreed that the ICRC would be the guarantor for the process of release of political prisoners, as well as respect for their rights while in the custody of the state.

So far, the ICRC has compiled a list of around 290 political prisoners, who appear on the rosters of the Alianza and the OrMu administration. According to Tunnerman, there may be more, as the process has not yet been finalized.

Alianza will now Focus on Compliance with Other Accords.

The Alianza also announced that they will now focus on compliance with the two agreements that have already been signed. These accords cover  political prisoners and restoration and strengthening of political, civil rights, and constitutional rights.

Consistent with this goal, the Alianza filed a second grievance with the two international witnesses, Apostolic Nuncio Waldemar Sommertag and OAS Envoy Luis Angel Rosadilla. The Alianza had filed a first grievance on April 1st, after the police attacked a protest at Metrocentro and a civilian FSLN member opened fire on the crowd, wounding three people.

The new grievance describes four violations of the “Agreement to Strengthen Rights and Guarantees”, which committed the government to respect and protect constitutional rights of all Nicaraguan citizens. The following breaches were reported:

According to the Alianza, these actions violate Article 27 of the Nicaraguan Constitution (the State guarantees the constitutional rights of all people), due process, political rights, and freedom of expression, as well as item 18 of the accord signed on Friday.

“To date, the government has not given any signs of seriousness in regards to naming guarantors. Furthermore, it does not comply with signed agreements. Therefore, the negotiation does not have credibility among the citizenry,” reads the complaint.

Harassing and intimidating people for their opposition to the Ortega-Murillo dictatorship has not ceased, even after the government signed agreements on the matter. For example, least five homes were vandalized with threatening graffiti in the city of Diriamba. Among these was the home of Eddy Gertrudis González Padilla, an excarcelated political prisoner.

The homes were covered with threats, including “plomo” (bullets), “a coup monger lives here”, and “we are waiting for you.”

One family countered the threatening graffiti with makings of their own, stating that “our home is protected by the blood of Christ”

There is no indication that the police are investigating these actions.

However, this morning, the Ortega-Murillo administration issued a wordy communique, declaring that they “continue to work in accordance with the agreed upon plans,” and ratifying “the unchanging Will and Commitment of our Government to advance in the fulfillment of the agreed themes.”

Communique by the Delegation of the Government of Reconciliation and National Unity at the Negotiation Table for Understanding and Peace.

The Ortega-Murillo administration will have a clear opportunity to lend weight to their promises this week.

Today, UNAB delivered a letter the police, notifying that it will be holding a march on April 6. “We have made the decision to exercise our right to peaceful assembly this Saturday,” says the letter, which also outlines the time, date, meeting point, and route of the march, and requests that the police “proceeds in accordance to law and guarantees the effective exercise of our constitutional rights.”

UNAB also announced a “new phase of civic resistance”. The organization will now focus on lobbying the international community to impose sanctions on “the main regime operators”, and to apply the OAS democratic charter. UNAB will also continue mobilizing and promoting civil and fiscal disobedience, and demanding the release of all political prisoners.