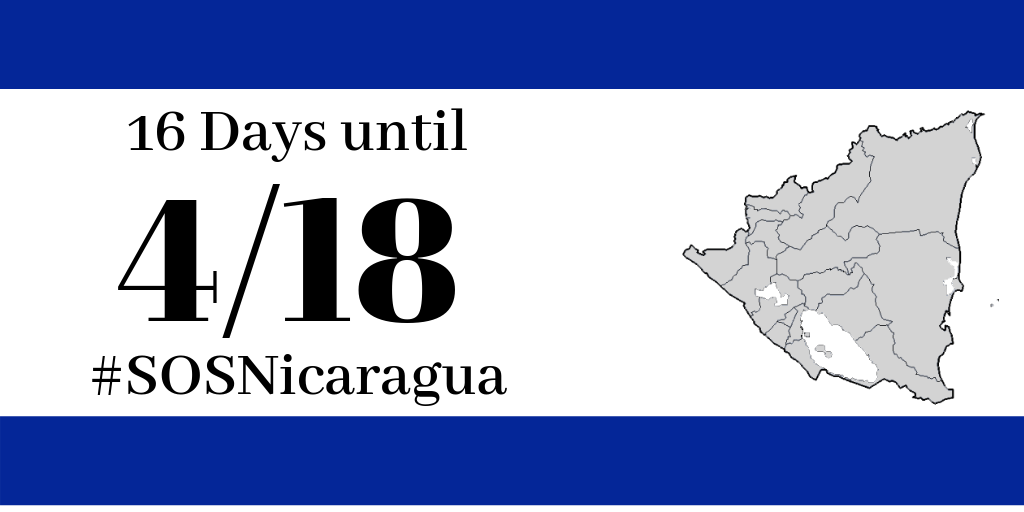 The Alianza Cívica and the OrMu negotiation team set an April 3rd deadline for final agreements to be concluded in Managua. Now it appears that the deadline might not be met, as negotiations have stalled again. This time, the issue is the naming of international guarantors.

The Alianza proposes the Inter American Commission on Human Rights (IACHR) and the Office of the United Nations High Commissioner for Human Rights (OHCHR) as international guarantors. Both entities were expelled from Nicaragua last year.

On Monday, Alianza negotiator José Pallais told La Prensa that the government does not accept either organization. Instead, the administration proposes that the Procuraduría para la Defensa de Derechos Humanos — the government’s office for human rights — be named as guarantor.

The Alianza does not view the Procuraduría as a credible guarantor.

The coalition insists that international guarantors are necessary, particularly after the police attempted to break up peaceful protests in Managua and León on Saturday afternoon, and a card-carrying member of the ruling party opened fire on a crowd of protesters gathered at Metrocentro, a shopping mall in Managua.

The police’s violent crackdown and the Metrocentro shooting violated the accords reached only one day prior, said the Alianza, via press release on Saturday.

According to Azahalea Solis, “The government, on its own, does not meet its obligations. […] That is what happened on Saturday. There was a violation of the Constitution and non-compliance with the agreements [signed on Friday].”

Saturday’s protest action, termed the “sentada nacional” (national sit in), was organized by Unidad Nacional Azul y Blanco (UNAB). UNAB condemned the repression of the sit ins as “inadmissible”, and accused the government of “explicitly manifesting its unwillingness to seek a negotiated exit to the crisis.”

UNAB also echoed the Alianza’s call for international guarantors, stating that “it is obviously impossible to continue negotiating without [them]”. The organization has invited citizens to picket today, starting at 5 pm, local time.

The government reacted to Saturday’s events by blaming protesters and the Alianza for the violence. Via press release, the Ortega-Murillo administration harshly criticized Alianza members for joining in Saturday’s protest actions, “in an attempt to replicate the tragic events we lived through last year […] members of the so-called Alianza Cívica, who are part of the negotiations, engaged boastingly in offensive discourses and attitudes of hatred and discrimination, as well as rejection of the progress made through the agreements at the negotiating table.”

When questioned about Alianza participation, Azahalea Solis said that “if members of the Alianza joined in the protests, I congratulate them,” for exercising their constitutional right to peaceful assembly, adding that “Participating in civic activities is a source of pride, particularly under the conditions in which civic acts must be carried out under a dictatorship.”

Today, Juan Sebastián Chamorro reiterated the Alianza’s demand for international guarantors via Twitter. “We demand international presence for one, simple reason: We do not believe anything that this government has to say, and we want security for the victims, the released prisoners, and their families. No public institution can provide that now. We also want to guarantee the rights of those who have been kidnapped.”

The Alianza also filed a formal complaint with the Apostolic Nuncio, Mons. Waldemar Stanislaw Sommertag, and OAS Special Envoy Luis Angel Rosadilla. The complaint detailed how the government had failed to comply with item seven of the agreement on citizen rights, as well as Article 53 of the Nicaraguan Constitution. Both recognize the right to peaceful assembly without prior permission.

Negotiations are scheduled to continue this morning, but the April 3rd deadline approaches, it is unclear whether or not the Alianza will continue if guarantors are not named and the deadline expires.