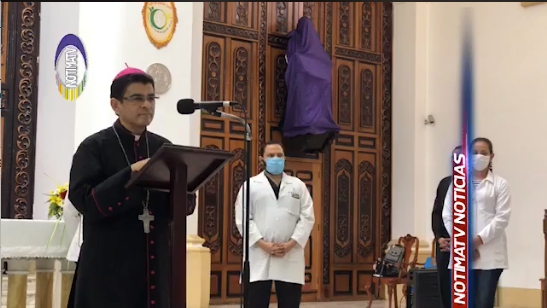 UPDATE:  the Nicaraguan Ministry of Health (MINSA) officially notified Bishop Ronaldo Álvarez of Matagalpa, that his proposed Preventative Health Network would not be allowed. Mons. Álvarez made the announcement via Twitter, four hours after holding a press conference where he unveiled the project to the press.

“Minsa has just notified me that I cannot carry out the Preventative Health Center’s project, not even the Call Center. I want to make it known that us, at the diocese, wanted to work for the health of our people and we weren’t allowed.

The bishop of Matagalpa, Monsignor Rolando Álvarez, unveiled the diocese’s COVID19 plan during a press conference held at the Cathedral of Matagalpa.

The diocese will establish Preventative Health Network, to help “prevent and diminish the risks posed by COVID19 in Matagalpa.

“The COVID19 pandemic has surpassed the capacities of all health systems, including some of the best in the world. Nothing indicates that Nicaragua will not experience the same thing,” said Bishop Álvarez, adding that the Nicaragua, as a whole, has “not followed the preventative and contention measures recommended by the WHO.”

The Imperial College in London estimates that without any mitigation, there could be approximately 32,000 patients in need of critical care in Nicaragua, as the pandemic widens.

As of 2014, Nicaragua’s hospital bed capacity is 0.9 beds per 1000 people, according to the World Bank.  In addition, the number of ventilators in the country is unknown, as the Ministry of Health (MINSA) has not published data about this. Wilfredo Miranda, an investigative reporter for Conficencial, estimated the number at “less than 160”, based on interviews with doctors working within public and private health care.

Monsignor Álvarez indicated that it is imperative to “flatten the curve, so we can avoid the collapse of the health system.”

A Network of Community Volunteers

Matagalpa’s plan is an ambitious project, that will establish a health care and information network for the region. The central office will be housed in the city of Matagalpa, with satellite offices in Matiguás, Sébaco, Esquipulas, and El Tuma, as well as a mobile clinic.

It is a substantial effort that “will require the support of businesses, as well as local, national, and international organizations” to be set  in motion, according to Bishop Álvarez. 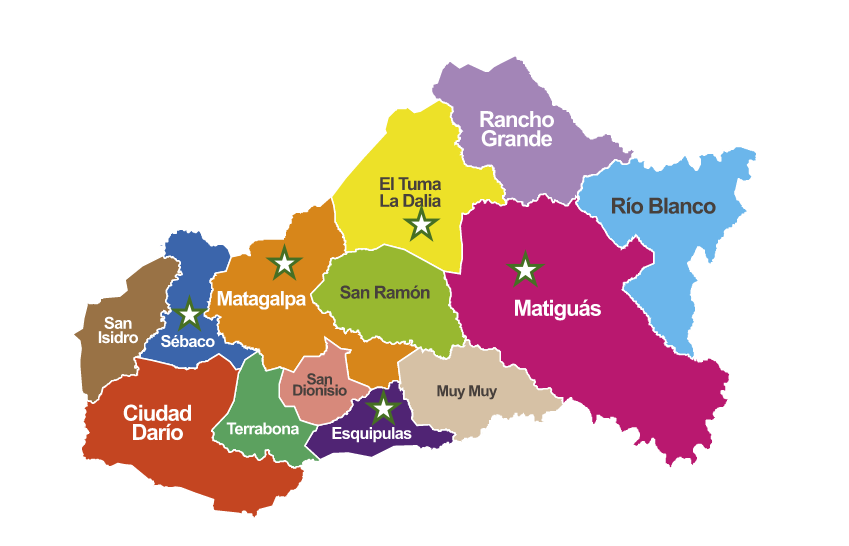 The diocese will also establish a call center in Matagalpa, to provide general information and link people with qualified medical professionals to advise them on what to do. “We expect to be able to handle about 200 calls simultaneously,” indicated Álvarez.

Cases that warrant medical attention will be referred to one of the network’s locations. However, people presenting mild or moderate symptoms will be advised to self-quarantine. In addition, each satellite office will keep track of vital statistics, including number of calls, patients, suspected cases, and referrals. This information will be available to the public.

The network will not handle critical cases, said Álvarez. “Cases that warrant hospitalization or require COVID19 testing, will be referred to the hospital. We cannot substitute the state.”

COVID19 is a challenge that must be managed at the state level, said Bishop Álvarez. He indicated as well that part of the challenge is protecting a significant number of people in the informal economy.

“The best way to prevent the spread is to stay home, but in Nicaragua, 70% of the economically active population is in the informal sector. These individuals need a solution, from the state, so that they can stay home as well.

There are 15 doctors who have already agreed to join the network, though Bishop Álvarez expects more to come on board.

“I have called upon and extended an honest, clear, and public invitation to all health care sectors, including the public health sector, headed by MINSA, to join us in this project. I do not expect anyone to block it or oppose it, as that would be the same as blocking and opposing our ability to stop the speedy and massive expansion of the epidemic. They would be blocking our ability to save lives.”

Matagalpa’s network is the first of its kind in the country. Bishop Álvarez anticipates starting the phone bank next week.