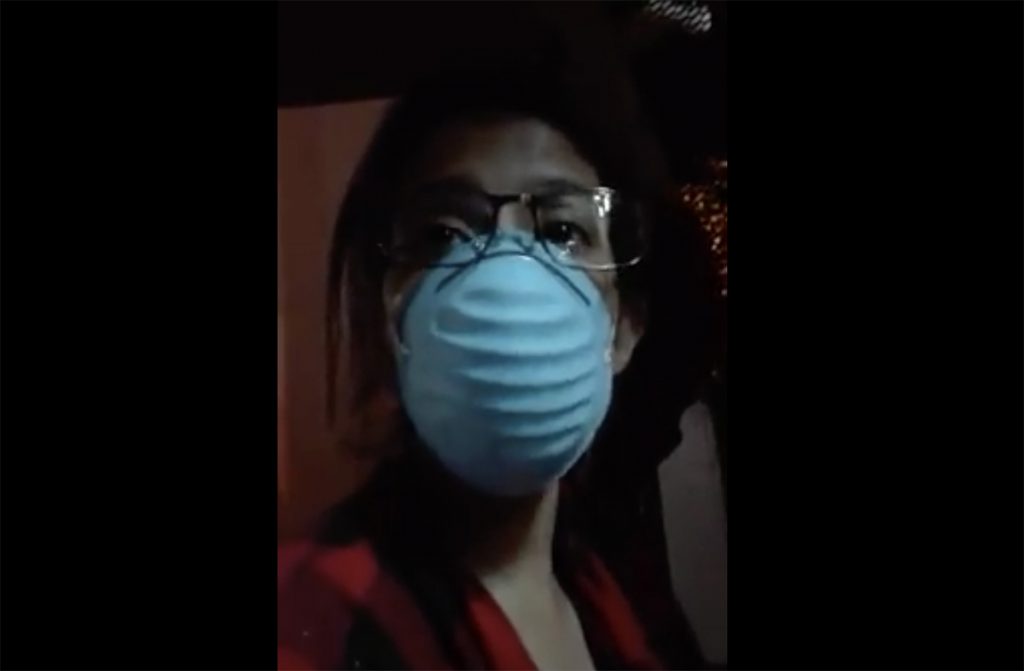 A Facebook Live broadcast by a Nicaraguan woman sent Vice-President Rosario Murillo into damage-control mode in the early hours of Sunday. Unwittingly, Murillo confirmed a weakness in her government’s COVID-19 response: They either cannot or will not prevent patients from leaving the isolation wards once they’ve been checked in.

The unidentified woman went live on Facebook to claim that she had been held at the Alemán-Nicaragüense hospital for over 24-hours. She had been exposed after being in close contract with a confirmed COVID-19 case, her employer, a well-known hair stylist and salon owner in Managua.

According to the woman, her employer returned from Colombia two weeks ago. He “came to the office at around 5:30 pm on Thursday, March 12, sick.”

The woman added that he had worsened by Monday. “He had a strong cough, high fever, and chest pains. Nevertheless, he came to the salon, exposing his employees to his illness, and refused to provide them with protective equipment and hand sanitizer.

The woman also alleged that she received no information about her status, after 24 hours at the hospital. This prompted her decision to leave, evade hospital security, jump the fence, and broadcast live for approximately 10 minutes. She stated that it was her intention to get tested again, at a private hospital, the Vivian Pellas.

The Vivian Pellas hospital is not equipped to test people for COVID-19, according to a statement published on their Facebook page. Tests are only available through the Ministry of Health (MINSA).

While none of the information stated in the woman’s video can be verified directly, it is clear, from the government’s reaction, that their protocols are not up to par, particularly when it comes to the enforcement of quarantines.

Quarantines appear to be optional at the Alemán Nicaragüense Hospital.

Murillo took to the airwaves in the middle of the night, to inform the public about the “decision made by a young woman, who may be a suspected COVID-19 case, to leave preventative isolation.” Murillo described the woman as “asymptomatic”, adding that “she was in contact with patient number two”, and that the hospital had discharged her, as per her request.

Paradoxically, though, Murillo indicated that it was the state’s responsibility to use extreme measures:

If we have a person who may be carrying the virus, but has no symptoms, but was linked to case number 2, our duty is to ensure that she stays in the hospital, in isolation, while the case evolves and the test results come back.

Nevertheless, the woman in question either left or was allowed to leave. According to Murillo, “She signed herself out and released the Ministry of Health (MINSA) from all responsibility, but the actual medical release did not happen at the hospital. It happened at the woman’s home.

The problem is that her release did not appear to follow an established procedure. Typically, the patient would sign themselves out at the hospital, but in this case MINSA personnel went to the woman’s house to officially release her. They even filmed her, as she signed paperwork. The footage, shown below, was then shared by government media outlets.

“We observed you for 24-hours, and we have concluded that you can be discharged from the hospital, and that we can follow-up with you at home,” says one of the MINSA staffers on the video. She also recommends social distancing.

Murillo spoke again at noon. She insisted that there are only two confirmed cases in the country, and did not address the allegations made in the video directly.

We have been absolutely respectful of patient privacy. We have not revealed anyone’s identity. Nevertheless, the mechanisms (used during the pandemic) sometimes can make people uneasy. They say things, but they don’t know about the two cases we have at the moment.

Murillo also asked people to respect others, in order to avoid incidents of harassment.

MINSA continues briefing Nicaraguans twice a day, but these briefings are tightly controlled. Only government-media staffers attend, and no one asks questions. Each briefing lasts about 10 minutes, which are mostly spent on preventative measures, or repeating that the country has “19 hospitals ready” to receive COVID-19 patients.

At the moment, MINSA has yet to disclose any hospital names, and the most updated count of available beds dates back to 2004.