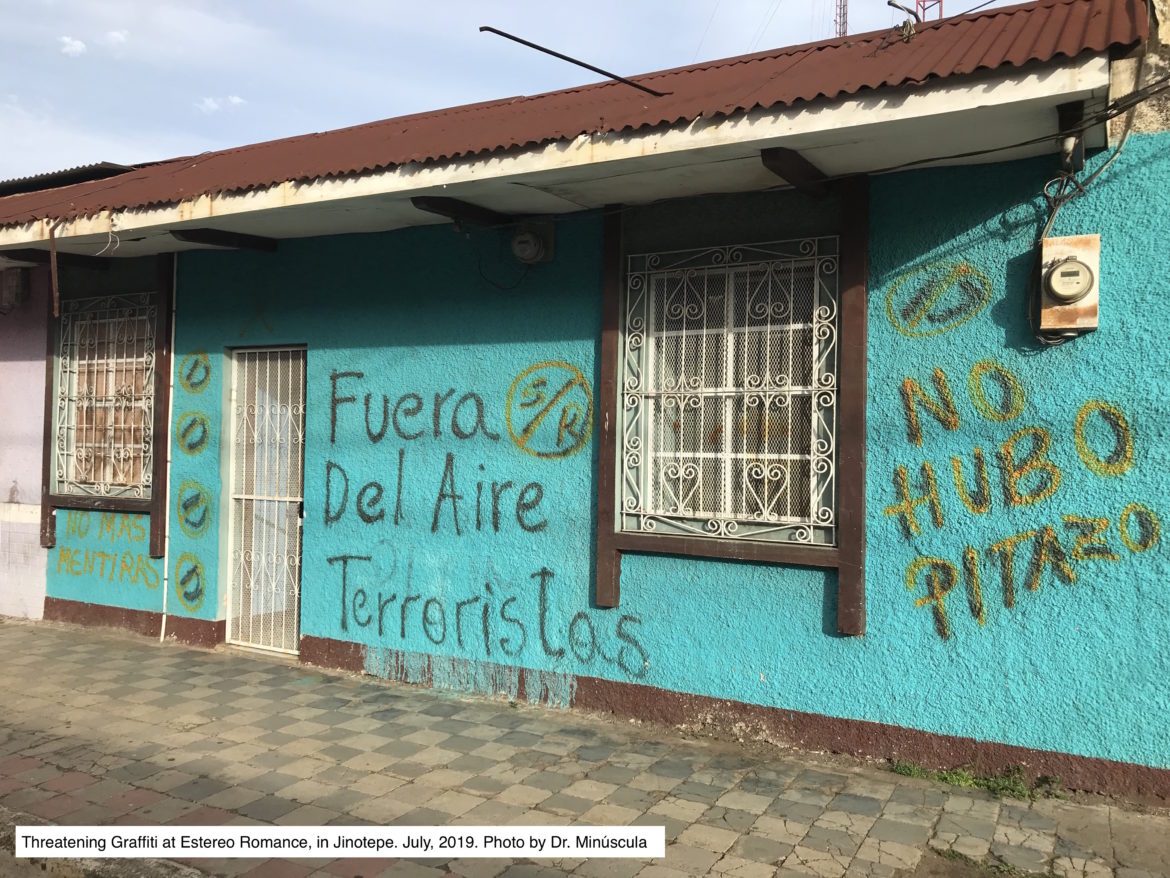 Via press releases, both dailies announced their closure due to “economic, technical, and logistical reasons that make continued operations unsustainable.” El Nuevo Diario operated for forty-years, while Metro Nicaragua did so for six.

El Nuevo Diario staff was reportedly blindsided by the announcement, which dropped shortly after 11:00 pm on Thursday night. According to journalist Maynor Salazar, “they told journalists and other staffers absolutely nothing. They only said that there would be a meeting on Friday morning.”

The closure announcements capped a week that included an attempted police raid on Radio Darío in León, and an alleged sabotage against Radio Corporación’s main AM antenna, in Tipitapa.

Yesterday, Police Commissioner Fidel Domínguez and officers under his command tried to forcefully enter Radio Darío, a station that has operated in the city of León for seventy years. Throughout its history, Radio Darío has been destroyed six times, the most recent occurring in April of 2018, when the station was burned to the ground during an attack. Twelve employees were inside the building. In testimony to the Interdisciplinary Group of Independent Experts, Toruño identified a sandinista assemblyman as orchestrating the attack. The arson has yet to be investigated.

As for yesterday’s events, Radio Darío journalists shared a Facebook live broadcast from inside the building, describing how the station was surrounded. “There’s plain-clothes police officers surrounding the block, just in case we try to get out. They can capture us, no matter what, and they can take us to jail.” The broadcast ends abruptly, with a loud crash, presumably caused by police banging on the station’s door.

It is not the first time that Commissioner Domínguez has attempted a forceful, warrantless entry at Radio Darío. In December of 2018, Domínguez and his officers raided the station, after threatening to “break down the door unless […] allowed […] inside.” Once inside, the officers “handcuffed and questioned four reporters for several hours and confiscated 10 mobile phones and two computers.”

The latest raid came one day after Toruño testified in front the Inter American Commission on Human Rights (IACHR), where he described ongoing harassment and abuses, meant to silence independent media that oppose the Ortega-Murillo government. “The violence and attacks against independent media by the government are indiscriminate,” said Toruño.

Radio Darío was not the only radio station to make the news this week. Radio Corporación reported two break ins at the site of their main AM antenna. Unknown individuals stole copper and wiring, effectively shutting down the station’s AM frequency, which has national coverage. The station suspects sabotage and has asked the police to investigate.

This morning, the staff of El Nuevo Diario said farewell to the paper.

The Nuevo Diario’s final editorial thanked readers, staff, columnists, editors, providers, and subscribers for their support over the past forty years.

The closure of El Nuevo Diario leaves only one major daily newspaper in Nicaragua, La Prensa.