OPINION: OAS Does Not Scare Ortega, and why would it? 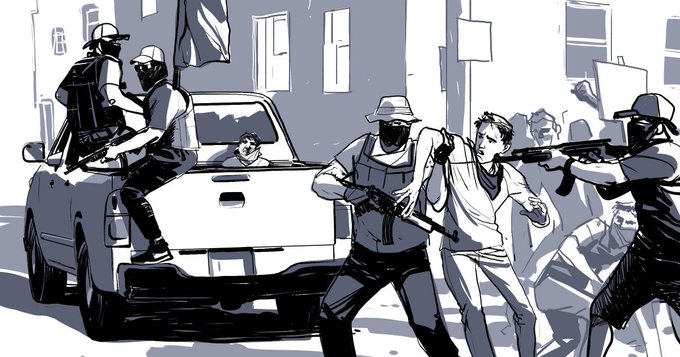 The forty-ninth General Assembly of the OAS concluded with the approval of resolution on the situation in Nicaragua. The document, submitted by the Nicaragua Working Group of the Permanent Council, was another diplomatic endeavor, full of reminders, condemnations, and considerations (read full text below).

The declaration shows the OAS’ commitment to a diplomatic solution that has proved ineffective thus far. Unfortunately, the OAS can do nothing else. It is a multi-lateral organization, whose most significant form of punishment for rogue states is suspension. Suspensions cut off the offending country from any participation in the OAS. It also bars it from receiving any kind of funding and/or cooperation from the OAS.

Only Honduras has been suspended under Article 21 of the Democratic Charter, after a the 2009 coup d’etat. Since then, the OAS has made efforts to apply Article 21 to Venezuela, albeit unsuccessfully.

According to Mr. Almagro, Nicaragua has yet to rise to the level of abjection that plagues Venezuela. Almagro told El Colombiano that “there is no directo comparison between Nicaragua and Venezuela. Ortega is not Maduro […] Ortega governs Nicaragua; Maduro represses Venezuela.”

The Secretary General’s statement reverses the position he expressed at the Permanent Council in December, when he indicated that “the logic of a dictatorship has definitely been installed [in Nicaragua].”

Granted, Luis Almagro is not the entire OAS. However, as Secretary General, he is the public voice and face of the organization.

That public voice characterized Daniel Ortega, not as a dictator, but as a man who “having much less resources [than Maduro] tries to solve the issues of healthcare [and] education. He is still trying to solve the social issues of his country.”

As for the General Assembly’s resolution, Daniel Ortega’s government is unfazed.  His supporters demonstrate time and again that the dictatorship does not cower every time the Democratic Charter is brought up.

In fact, one day before the start of the General Assembly meeting, a group of armed Ortega paramilitaries and police officers shared this video of themselves. They chanted, “For these dead, our dead, we swear to defend the revolution.”

The dictatorship’s maintains its grasp over Nicaraguans through force, repression, and illegal acts, while the OAS issues resolutions. Indeed, two days after the General Assembly concluded, police attacked protesters picketing at the Cathedral of Managua. Two people were wounded.

The OAS resolution states that, “The serious violations of human rights, freedom of expression and press in Nicaragua as of April 2018, and the lack of progress in electoral reforms to guarantee free, fair, transparent and legitimate elections, constitute evidence of an alteration of the constitutional regime that seriously impairs the democratic order, in the terms of Article 20 of the Inter- American Democratic Charter.”

But the specter of the Democratic Charter, or even suspension from the OAS, has not deterred the Ortega-Murillo dictatorship. Violations of human rights continue unabated, and they are unlikely to stop in the near future, particularly because the same resolution that condemns the government’s action also instructed the Permanent Council “to appoint a commission so that, within the framework of Article 20 of the Inter-American Democratic Charter, it may carry out diplomatic efforts at the highest level to seek a peaceful and effective solution to the political and social crisis in Nicaragua and to submit a report within a maximum of 75 days.”

In other words, there will be more OAS hand-wringing for seventy-five additional days. After that, there may be another meeting.

What happens during those seventy-five days in Nicaragua is likely to be a continuation of what has been happening for over a year.

Second verse, same as the first.