(OPINION) The “Achievements” of Dialogue in Nicaragua 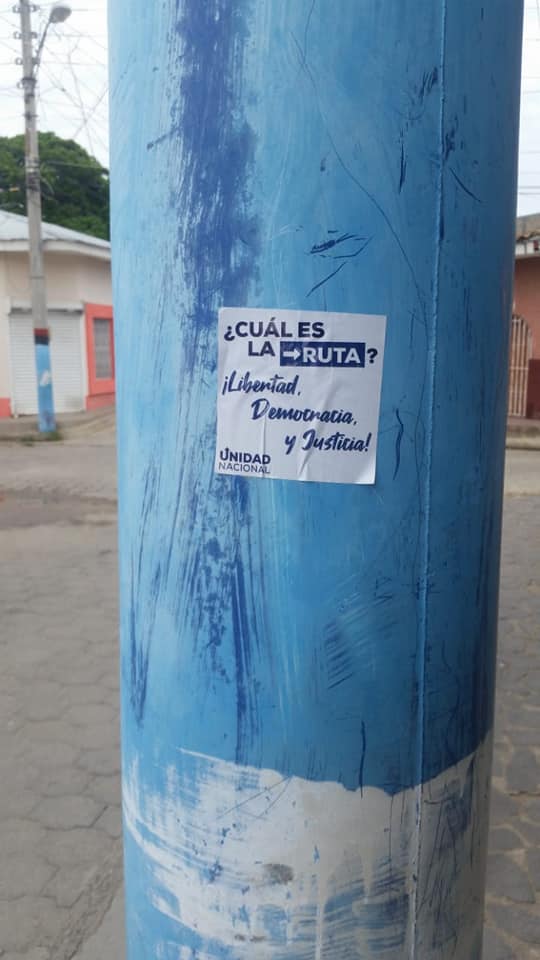 On the evening of February 16, the Ortega-Murillo government revealed it had met with five of the richest men in Nicaragua, Carlos Pellas, Roberto Zamora, Ramiro Ortiz, Juan B. Sacasa, and José Antonio Baltodano. The five requested the meeting. Their goal was to cajole Daniel Ortega into a negotiation.

In a sense, they succeeded. The Ortega-Murillo government agreed to negotiate. It sent a negotiation team to meet with their counterparts of the Alianza Cívica, but that was the extent of the government’s commitment to a peaceful solution to the Nicaraguan crisis.  So far, the new dialogue that began on February 27 has yielded precious little tangible results.

So far, the Ortega-Murillo government and the Alianza have signed two agreements, one guaranteeing the unconditional release of political prisoners and the other ensuring full respect to civil and political rights. Both documents have proven worthless, as the Ortega-Murillo government has neither liberated a single prisoner nor stopped violating human rights of any Nicaraguan that dissents from the party line.

By now, the “dialogue” is dead in the water. The Ortega-Murillo negotiation team never had any power to enter into agreements. This fact became even more obvious after Daniel Ortega torpedoed a proposal that would have expedited the release of at least 232 political prisoners.

Now, instead of negotiating, the government’s team comes together every day to read a daily “communique,” printed on official Foreign Ministry letterhead. They are alone, as the Alianza withdrew in late May, after the killing of Eddy Montes in prison.

Without a counterpart, the Ortega-Murillo government communiques offer a version of reality, in which the government is “making progress”  and “complying with […] sacred and inviolable commitments.”

The administration is not shy about peddling its version of reality everywhere. For example, on June 5, Luis Alvarado, the Ortega-Murillo alternate representative to the OAS, read the day’s communique during the regular meeting of the OAS Permanent Council.

In other words, Alvarado introduced the Ortega-Murillo administration’s claims of progress and good faith into the official record, without any challenge whatsoever. There was no one there to refute the claims. After all, this was not a special session devoted to Nicaragua. This was an ordinary session, in which representatives can speak up on whatever they want without advance notice. As a result, Alvarado was able to read out how his employer was “strengthening democracy”, “guaranteeing constitutional rights,” and “ensuring economic recovery, after the severe impact of the coup.”

In reality, the Ortega-Murillo government has done absolutely nothing of the sort. It has excarcerated 386 political prisoners, but these men and women are not free. They are under house arrest.

House arrest is not freedom.

As for civil and political rights, Nicaraguans are still banned from protesting. Business owners are punished if they dare to join any kind of general strike.

Indeed, the Ortega-Murillo Ministry of Health (MINSA) has shut down pharmacies  in Jinotepe, Ometepe, Jalapa, San Ramón, and Camoapa, as a retaliation for joining the national strike in May. MINSA delegates argue that these establishments “did not comply with the requirements of their license” because they closed their doors “without justifiable cause” on May 23.

The Alianza Cívica responded to the closures by issuing a press statement, “expressing their most energetic protest” to the “Ortega-Murillo regime.”

Can the Alianza do anything else?

In other words, if the owners of any of the pharmacies that have been shuttered in the past week want to appeal MINSA’s decision, they can go in front of a judge appointed by the regime. The Alianza will help them through the process.

The Alianza is also wedded to a very traditional view of diplomacy. It sees diplomatic negotiations and lobbying as a process, wherein the future of the nation is shaped by men — and sometimes, women — who seem far removed from the nasty realities on the ground. These men meet with other “powerful” men, at international fora, like the OAS Permanent Council. The members of these organizations then issue a carefully-worded resolution that usually includes phrasing that “urges” the “parties” to resolve their differences.

But that is not all. Sometimes, Alianza delegates also have one-on-one sit downs with people like the Secretary General of the OAS, Luis Almagro, who then tweets carefully-worded messages, complete with pictures. One of Almagro’s latests tweets expressed that the “full release of political prisoners is indispensable.”

Traditional diplomacy has failed before. It failed in Syria, Ukraine, and Venezuela, and it is now failing in Nicaragua. The balance of power within the country is not on the side of the Alianza. It is on the side of the Ortega-Murillo dictatorship, as it controls all branches of government, the military, the police, and an extensive propaganda apparatus. The de-facto monopoly of state power has allowed the regime to remain unseated but not unscathed, in spite of threats, sanctions, and international pressure.

The de-facto monopoly empowers the Ortega-Murillo dictatorship. The dictatorship is not wedded to any commitment to the rule of law or the idea that a state it bound by the agreements it enters into. Instead, it re-interprets and manipulates existing laws and ignores commitments.

The dictatorship plays by different rules.

Many Nicaraguans are frustrated with the status of the “negotiations.” Instead of waiting for the OAS, the United States, or the European Union to act on behalf of Nicaragua, they continue organizing, boycotting, protesting, and engaging in small, but significant acts of civil disobedience. An example is the campaign to boycott all “negocios sapos”, that is, businesses owned by Ortega-Murillo supporters or linked to the dictator and his family. The Alianza Universitaria Nicaragüense is spearheading this effort. They argue that a consumer boycott can hamper the dictatorship because “without customers, they cannot launder their money, finance the repression, and sustain their immoral way of life.”

The question is, will it be enough?