Twitter Fallout from EU Visit Continues, with Jose Inacio Faria joining in (Another story in Tweets) 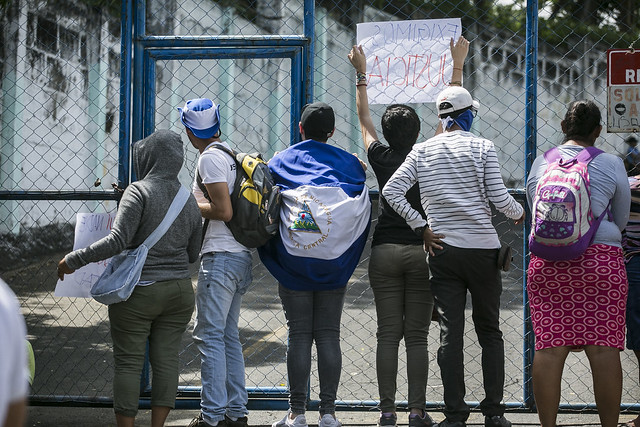 European Parlamentarian Jose Inacio Faria (Portugal) was a member of the delegation that visited Nicaragua for four days (Jan 23-26). Like his colleague, Ana Gomes, Mr. Faria has decided to share his thoughts on Twitter. Seems like he’s just getting warmed up, since his latest tweet came in about an hour ago.

This post might be updated if he decides to keep going. In the meantime, here’s what MEP Faria has shared so far. One of his earliest tweets shares a news article about the visit. He writes “After a three-day visit to Nicaragua, in order to assess the socio-political crisis affecting the country, the European delegation rejected the Nicaraguan President’s thesis that the crisis in the country was triggered by a coup attempt”

Mr. Faria then tweeted a picture of the delegation’s meeting with OrMu, an occasion he describes as “sui generis”

Meeting with President Daniel Ortega… a sui generis meeting, with an incoherent discourse that is disconnected from reality, and demonstrates the fragility of the political life and human rights in Nicaragua.

MEP Faria was one of the delegates who visited El Chipote, the infamous prison where Daniel Ortega was once held and tortured by Somoza’s National Guard. El Chipote now houses a new generation of political prisoners, including journalists Miguel Mora and Lucia Pineda Ubau, of 100% Noticias. Faria shared this picture of Mora, surrounded by the European Parlamentarians

SUBHUMAN CONDITIONS FOR PRISONERS OF CONSCIENCE

The Orteguista regime offers subhuman conditions in the jails. I ask for the immediate release of these citizens, who are not criminals and who only love their country.

In regards, to Mora, the head of the delegation, Ramon Jauregui told local press that Mora had been held for 35 days without seeing the sunlight, “He asked us for a light and for a Bible. That is inadmissible. The conditions at the jail are unacceptable.” (translation, mine)

Faria also shared a short video testimonial by Lucia Pineda Ubau. He writes “FREEDOM OF THE PRESS IS NOT A CRIME. Testimony by Lucia Pineda (100% Noticias) from El Chipote. The only crime this brave journalist committed is defending the free press, denouncing the repression and the attacks against human rights”

The message I want to send to the Nicaraguan people and to the world is that they should keep praying for Nicaragua.

I also want to thank you for coming. This comes from the hand of God. That is how I see it. You are here [by the will of God], and because something moved the government’s heart to allow you to come in here.

That is all I want to say to you. Keep praying, and I also want to say that we want freedom because we are not criminals. I am a journalist

That is all that MEP Faria has shared so far, but should he post more, this post will be updated accordingly.