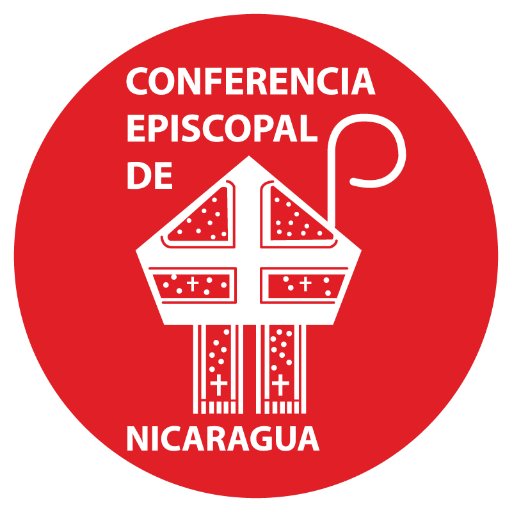 The Nicaraguan Bishops’ Conference (CEN, by its Spanish acronym) expressed its ongoing concern over the current crisis in Nicaragua. In a pastoral message released on Tuesday evening, the Catholic bishops indicated that faith in Christ was incompatible with indifference to unfolding events, reminded the state of its responsibilities towards the citizenry, and expressed their vision for a national project to rebuild Nicaragua.

The bishops’ pastoral letter expands on December’s Advent Message of 2018, when they described the crisis as “allowing us to break through the veil of indifference in order to assume the responsibility inherent to us as sons of this land.”

Yesterday’s message offers stern rebukes to the Ortega-Murillo administration, implying that their actions are unchristian. Accordingly, the bishops argue that, “Faith does not allow us to remain on the margins of worldly events. […] To selfishly shelter oneself in one’s own comfort, or even worse, to stoke hatred among brothers, is not consistent with the gospel.”

Nicaragua has no future “without God,” they write. The bishops then go on to characterize critical issues of the present, including the failure to uphold constitutional rights, to release political prisoners, and to deal with poverty, landlessness, displacement, and the destruction of natural resources, as evidence of godless action.

According to the message, radical changes are needed to rebuild the nation and secure a “peace that is lasting, just, and coherent with everyone’s best interests.” Such a peace cannot be based on “contextual agreements” that only offer short-term solutions that are based on “backroom deals like in the past.”

The bishops then offer an aspirational view a new Nicaragua, in which “the human being and human dignity must be at the center.” In this vision, the state plays a key role as guarantor of rights. The State, therefore, “must safeguard, respect, promote, and defend [the rights to dignity and freedom] that already existed prior to any social contract.”

In other words, the state has responsibilities towards its citizens,  and governments must live up to these duties, by allowing citizens full enjoyment of civil, political, social, and human rights:

“People must be allowed to exercise their rights and freedoms, which are guaranteed by the constitution, the laws, and international treaties ratified by Nicaragua as a sovereign nation.”

The bishops believe also that democratic institutions must be strengthened in a new Nicaragua. Consequently, the rule of law, separation of powers, and respect for human rights must take precedence, and “structures of government must not be based on arbitrary power, or seen as an opportunity to divvy up public posts, perks, and privileges” must become a thing of the past.

The consolidation of power in the executive branch is a well-documented phenomenon in Nicaragua under the Ortega-Murillo government, and has been presented to the OAS Permanent Council as part of the case for the application of Article 20 of the OAS Democratic Charter.

In similar vein, the Catholic bishops note the erosion of democratic institutions that has resulted from the pre-eminence of the executive branch. Without independent branches, citizens are left unprotected, as there is no limit or recourse against overreach and abuse, and no guarantees for the exercise of citizen rights, including the right to elect one’s government or to receive justice.

Indeed, the bishops argue that “free elections” cannot be held under without an independent electoral authority to ensure a “neutral” and “imparcial” process, safeguarded through “national and international observation.” Moreover, justice cannot be served without an “independent, impartial, professional, and ethical [system that operates], without political and ideological intent.”

Freedom of expression and freedom of the press are paramount for the bishops, who characterize these rights as “the incarnation of the power of the people to speak up, denounce, access information, and nourish themselves from an infinite exchange of ideas, opinions and positions.” Echoing the liberal notion of the “marketplace of ideas”, the bishops posit free expression is the remedy against “disinformation, slander, defamation, and the love for scandal,” which expresses their confidence in the human desire for truth, and our capacity to assess facts in order to find truth.

At this time of crisis, the search for truth is crucial, the bishops hold. “Truth and justice kiss. […] This requires us to examine the truth about what happened, the non-impunity for those responsible, the reparation and reinsertion for victims and their relatives, and the guarantees for non-repetion. This is the only way to ensure true safety to citizens. It is the only way to morally rebuild a country.”

The government of Daniel Ortega has yet to issue a direct response to the pastoral message. However, in a televised address to the country, broadcasted hours before the letter’s publication, Ortega attacked the Alianza Cívica negotiating team as “lacking a soul or a heart”, characterizing them as “miserable human beings,” who refuse to condemn sanctions enacted against members of Ortega’s family — wife Rosario Murillo and son Laureano Ortega Murillo –, inner circle, and the bank BANCORP.

Ortega stated that his administration will keep “negotiating” and that they are “engaged in a a battle for peace.”

On March 29, the Ortega-Murillo government pledged to “release and drop charges against” political prisoners within 90 days and to respect constitutional rights.  To date, no one has been releases, and the right to free expression and assembly has not been restored.